The two biggest winners at the Paramount Recruitment sponsored casino at the Communique awards in June were delighted to receive their prizes this week. 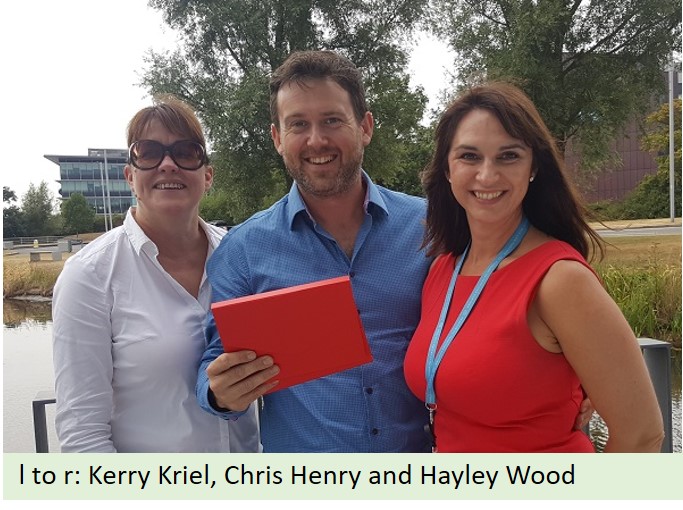 First prize was won by Chris Henry from Bayer who racked up a phenomenal £2300 from his initial stake of £80 Parapounds. Chris was presented with £400 of red letter day vouchers to spend on a team event – and his teammates Hayley Wood and Kerry Kriel were on hand to suggest how they should be spent.

Kerry suggested “As we’re always arguing about who is the better driver, perhaps we should have a track day or go karting event to see who is the best?” They then mulled over some other options including fine dining and hotel breaks – and promised to let us know what they choose. 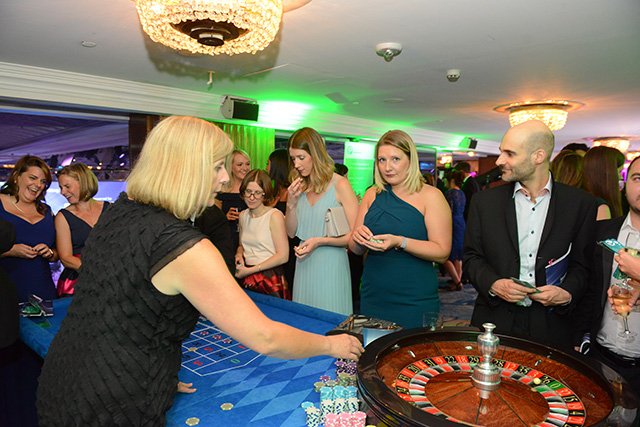 This was the first year that Paramount Recruitment had sponsored the casino at the Communique awards and Daniel Clifton, Managing Director, explained the reasoning: “The Communique Awards is an excellent event to socialise and network with people who are passionate about Healthcare Communications and this was an opportunity to highlight how dedicated we are to this great sector.”

Chris thought that the casino was a great choice, “After the awards ceremony it was great to have a form of entertainment where I could chat and network with other attendees.” He explained how he managed to build up such an impressive total, “I played blackjack and managed to get on a run of hands which built up my stake. I felt I had a good grasp of the “theories” of how to beat the dealer and fortunately the cards kept being kind to me.”

Earlier in the evening, the Bayer team (with agency Virgo Health) had won the “Excellence in Engagement Through Digital Channels” award for “Flo” which included the ground-breaking Period Trifle video.

Hayley Wood said “The Flo campaign was a major step for Bayer as we had historically been quite risk-averse, but a new “Be Brave” culture has encouraged innovation and we are delighted with the results of the campaign, and our award win. I am also very pleased that Chris took the “Be Brave” message to heart at the Paramount casino and won us our red letter day!” 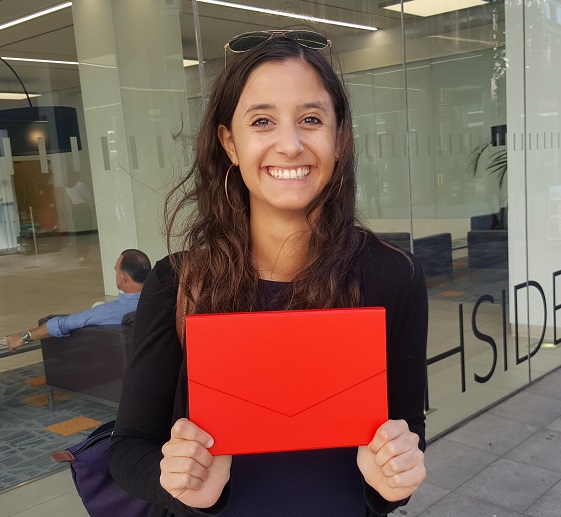 The second prize of a £150 individual red letter day was won by Nilüfer Münür from Edelman who had racked up an impressive £890 from her £80 Parapounds.

Nilufer said; “The casino roulette table was a fun thing to do once the awards had finished. It was a great surprise to hear I had got the prize and I look forward to picking my red letter day.”

12th February Employing EU citizens in the UK: post-Brexit
29th January Is contract work for you?