The UK’s position as a world leader within the global Genomics industry could be under threat thanks to Brexit uncertainties about the future working status of EU nationals in this country. Research by Front Line Genomics and Paramount Recruitment shows that 26% of the current UK Genomics workforce are nationals of other EU countries, and this percentage has dropped by 3% since the Brexit vote

The majority of these EU workers are highly qualified professionals within genetics research and bioinformatics, and UK Genomics businesses are now reporting increased challenges in recruiting candidates in these high skill areas.  If UK businesses are unable to recruit sufficient candidates in the UK then they could look to relocate Genomics expertise to other countries within the EU or to the USA. 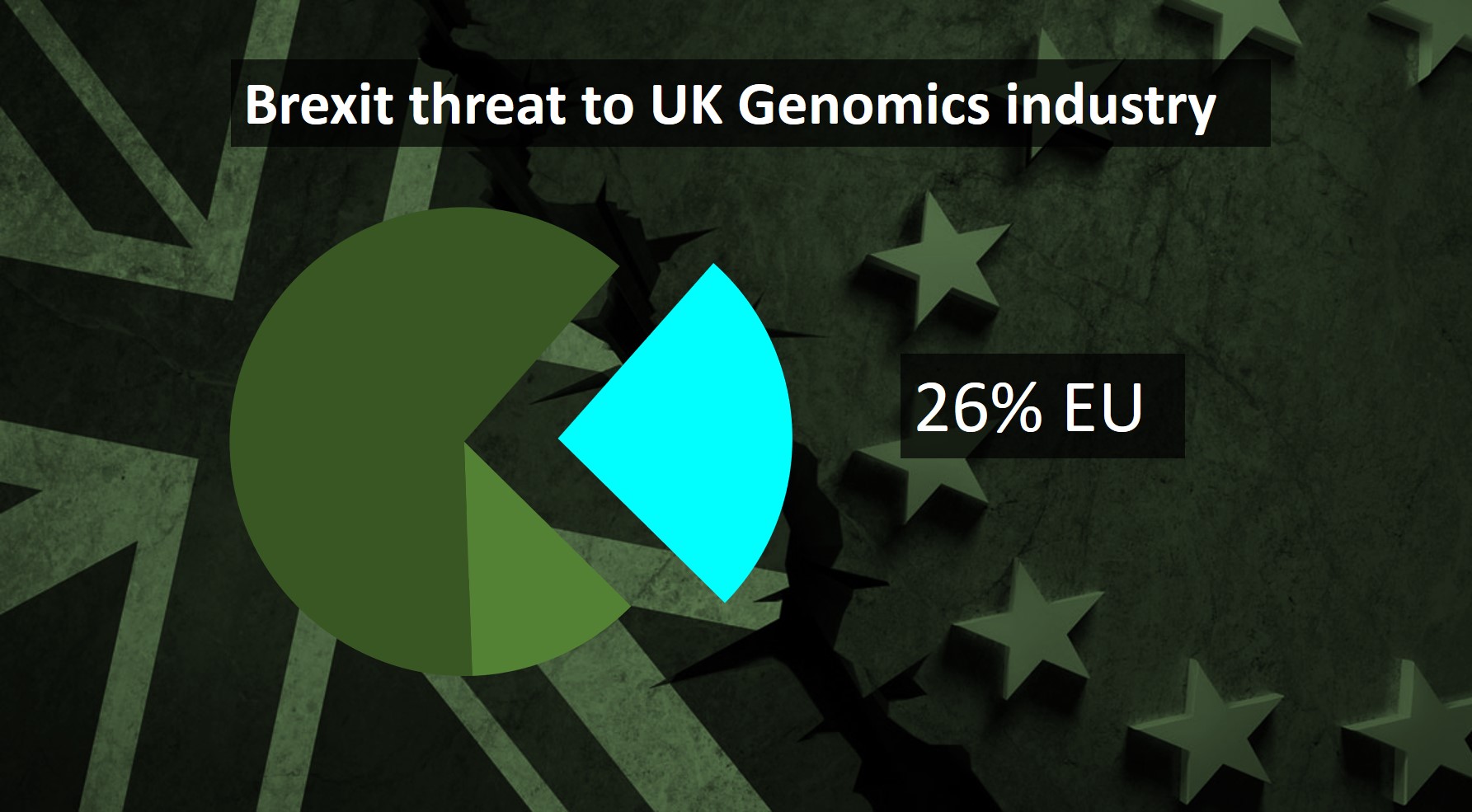 The data from the survey shows that 26% of the UK genomics workforce are nationals of countries within the EU (excluding the UK). UK nationals account for 62% of the workforce while nationals from other nations including India and Australia account for the remaining 12%.

The EU workers come from 22 countries throughout the EU with the largest numbers from Italy, Greece, Ireland, Poland and Spain. The largest functional area of work for EU nationals in the UK is academic research (31%), with 23% working in bioinformatics and 20% working within product research & development.

The proportion of EU workers is far higher than the average for UK industry. The most recent figures released by the ONS show that EU nationals make up 9% of the total UK workforce, much lower than the 26% reported by this survey for the Genomics sector.

The figures in the survey emphasise the reliance on workers from other EU countries. Should Brexit put any limit on the ability of EU nationals to work freely within the UK then the UK genomics industry could be in danger of losing experienced workers – particularly within research and bioinformatics.  When we look at those workers who have joined the Genomics industry over the last two years, EU nationals only account for 23% of these, a drop of 3% from the figure for workers of all levels of experience – indicating that the Brexit vote may already be having an impact on the UK genomics labour market.”

The full report of the survey provides some fascinating details including the gender pay gap in the UK and USA, average salaries earnt within each function/role and the average pay rise anticipated this year.

12th February Employing EU citizens in the UK: post-Brexit
29th January Is contract work for you?